How Great Blues Guitarists Think About Their Guitar Phrasing

How To Knock Your Audience Cold With One Note 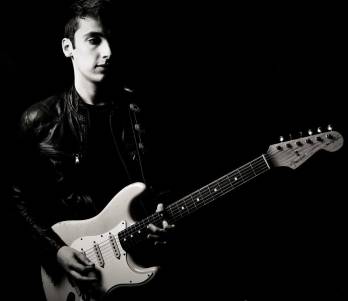 “The beautiful thing about learning is that nobody can take it away from you.” - BB King. It's often said that the most valued blues guitarists in the world have the ability to knock an audience cold with just one note.

This is what I have always focused on as a blues guitar player. The way a note or sequence of notes is constructed shows everything about your personality as a guitar player, phrasing is everything when trying to move someone emotionally.

I used to try and play a million notes a second, as many guitar players often do. There is nothing wrong with this, however for my individual taste; I like to hear phrases that are full of juicy tone, groovy intervals and groany string bends. I heard Jimmie Vaughan once say to a young guitarist, "play what you want to hear" and I have always lived by this motto ever since.

I want to hear the guitar speak and shout, like a human does. The other day I was listening to a live performance of Robert Cray and his vocal tone and

guitar tone were almost identical; he sang one note during the concert which I firstly thought was his guitar but then the note blossomed into his trademark vocal vibrato...unbelievable. A good way to convey these human emotions and learn to play guitar with feeling are through ranging your dynamics from 1 to 100. The contrast in volume, particularly when used during one phrase can sound so expressive and really touch someones soul. 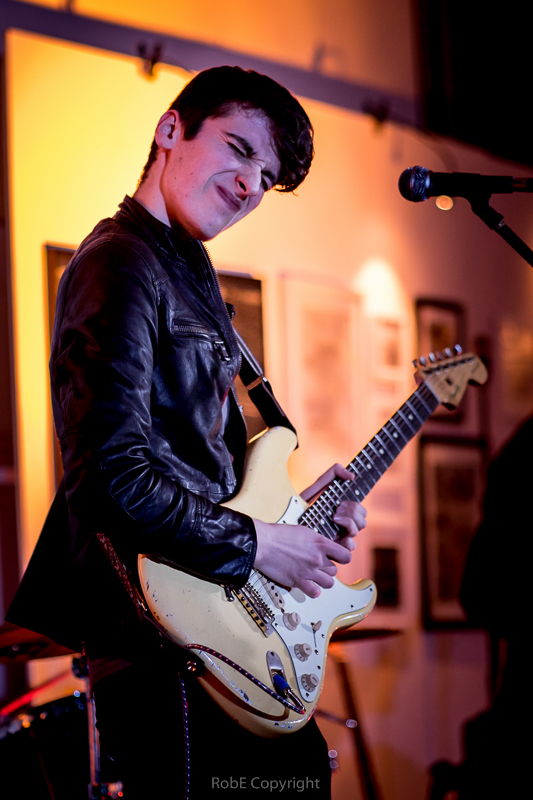 For me, blues guitar improvisation is all about releasing whatever emotions you want to let out on that day.

After studying blues guitar legends for over 10 years, I have enough licks in my repertoire to no longer need conscious thought about what I'm going to do next during a solo.

(Note from Antony: This is key! You need to educate yourself in a way where all technical aspects of your guitar playing become subconscious, so you can focus 100% on the music. This will allow you to ‘take your mind of your guitar technique’ and become the receptor for the music. Through exercise you will become ‘The tunnel in which the wind blows’ and you are nothing more but the receptor of the music. This is pure improvisational freedom. If you are interested about learning more about this topic I encourage you to download my Guide on Blues Guitar Exercises.)

I dedicated the first three years of my guitar life to learning every Stevie Ray Vaughan lick imaginable. Stevie has that elusive thing which nobody can quite put there finger on. I tried to soak some of this up, the combination of his vibrato/tone/phrasing hit me where no other guitar player could hit me; and still can’t. I found my early years of impersonation almost invaluable because I then had a strong foundation to build upon.

I then discovered people like Jimi Hendrix, Albert King, Albert Collins etc. I then went on to study these players as well which gave me even more approaches to playing guitar. I now have a style that I feel is rather unique, some say an eclectic mix of all my heroes, however I now have a completely new & fresh sound in my head, which I am trying to hone in with my band.

What You Can Learn From This: How To Create Interesting And Captivating Guitar Solos

(Note from Antony: So let’s talk about what can you take away from this advice on developing your phrasing? I have seen this many times with new students who played for years and years and came to my studio for the first time or approached me online to take blues guitar lessons; they could play all the scales in the world, but their guitar solo’s lacked interest and depth.)

Creating interesting, captivating guitar solos is all about creating contrast. There are many ways in which you can create contrast. Contrast is also the main element that is lacking in mediocre guitar solos. Take for instance the contrast ‘loud vs. soft’; many beginning to intermediate guitarists will play an entire solo while staying in the same dynamic level.

Try this: improvise a guitar solo and play a part as quiet as possible, then play the next part as loud as possible. You won’t always need these extremes in your solos, but by being able to play in these dynamic levels you are making yourself more aware to this very important aspect of guitar soloing.

As simple as this little piece of advice might sound, I guarantee you that, if you try this for yourself, this will be one of the most pivotal moments in your guitar playing.

If you want to learn more about playing guitar with intense feeling, check out my free “How To Play Guitar With Intense Feeling” on emotional guitar playing guide.